Microsoft today announced that starting next month users still running Windows 7 will begin seeing popups warning them of its upcoming end-of-support date and explaining what that means for their PCs. Windows 7 has now entered its final year of official support from Microsoft, and after January 14, 2020, Microsoft will stop supporting and servicing Windows 7 with security and feature updates. It will essentially become abandonware.

While volume license customers will still be able to pay for updates on Windows 7, most normal users will be out of luck. To remain secure, you’ll have to upgrade your OS to either Windows 8.1 or Windows 10 to continue receiving security updates from Microsoft every month. Failure to do so will put your PC at risk, especially if it’s one that connects to the internet. Windows 7 accounts for around 40 percent of all Windows PCs on the market, according to netmarketshare.com, making it a huge target for attackers once January 14 rolls around. 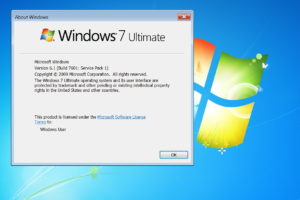